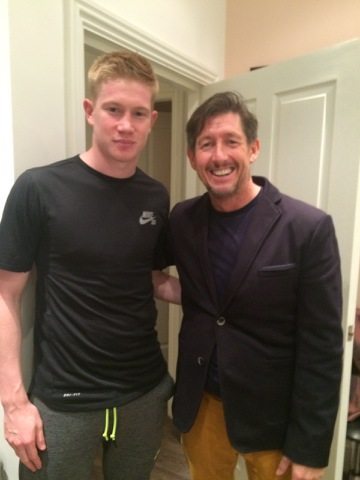 Since signing for the Blues at the end of the summer, the attacking midfielder as already paid us a visit – Kevin recently popped into Selfridges and had his hair cut by our very own Peter (left)!

The young Belgium international has followed in the footsteps of other City players, past and present, by choosing Peter Marcus as his preferred Manchester men’s hair stylist salon. Over recent years Peter has been fortunate enough to cut the hair for Man City golden boy Sergio Aguero, ex-player Carlos Tevez and winger Jesús Navas.

As huge City fans both Peter and Marcus couldn’t be more thrilled that members of the squad chose them for their haircuts.

This site uses Akismet to reduce spam. Learn how your comment data is processed.